Alan Hopgood has been one of Australia’s leading playwrights since 1963, when the first of his successful plays for the Melbourne Theatre Company And The Big Men Fly was presented. He followed this in 1964 with The Golden Legion Of Cleaning Women and in 1966, the first play in the world on the Vietnam war, Private Yuk Objects.

As an actor, he spent ten years with the M.T.C., six years as the popular Dr Reed in Bellbird and then Wally in Prisoner and Jack Lassiter in Neighbours.

His performance as Rumkowski in Avraham Cykiert’s mono-drama The Emperor Of The Ghetto won him the best actor at the Adelaide Fringe Festival in 1994, a role he has since played more than a hundred times.

In 1996, his book about prostate cancer, Surviving Prostate Cancer – One Man’s Journey was published. He then adapted his story into a comedy about men’s health, intimacy and cancer, For Better, For Worse, which premiered in Melbourne in 1997 and then toured widely.

In March 2000, his play The Carer starring Charles ‘Bud’ Tingwell, premiered in Melbourne before two tours of Australia. It was highly praised for its sensitive treatment of Alzheimer’s disease and its warmth and humour. Since then, Alan has written several plays addressing health issues, ranging from diabetes to geriatric sex, and is a regular speaker at conferences and seminars.

In 2004, Alan was commissioned to adapt the War Diaries of Sir Edward ‘Weary’ Dunlop for McPherson Touring and Weary premiered in Canberra in 2005 before touring several States.

In January, 2005, Alan was made a Member of the Order of Australia for services to the performing arts as an actor, playwright and producer to the community through raising awareness of men’s health issues. 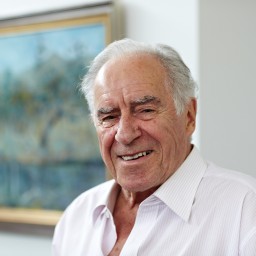